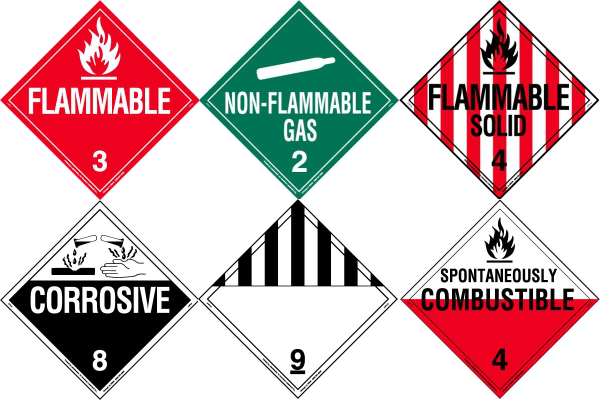 Thereupon, the average annual earnings of HAZMAT truck drivers vary, and that depends on in a great measure to the size and the type of hazardous materials that they are assigned to transport.

I will set this just as an example, the lowest salary of a HAZARD truck driver that is registered in the last year is $23.500 to $55.000. It is up to you to make the summary on your own!

As I mentioned in the previous sub-heading, how much does a HAZMAT truck driver make, depends on from the type of hazardous materials that he is transporting, as well as from his experience? It is no secret that new and experienced HAZMAT truck drivers do not take the same salary.

We can see the salary difference between new and experienced truck drivers in the Employment Statistics Survey that the U.S. Bureau of Labor Statistics is conducting every year. The numbers speak for itself!

There is a big difference between the salaries, but yet we must remember that hazardous materials are really dangerous, and that is why HAZARD truck drivers have to put more effort than conventional truck drivers if they want to see advancement in their careers.

Becoming a successful HAZARD truck driver takes time, but at the end, it pays off for sure!

Since I dedicated this article to how much does a hazmat truck driver make, I think that straight proportionally I shall include the employment prospects.

Employment prospects are one of the biggest factors of truck driver’s salary.

It is expected that the number of HAZMAT truck drivers will increase at least by 10% in the next year. That is so because even the trucking companies in the USA that are not specialized for transportation of hazardous materials are looking for truck drivers that have obtained hazardous endorsements.

For example, if a truck driver is hired by a trucking company to be performing conventional transportation, but still no matter of that fact has hazardous endorsements, he will receive higher incomes than the truck drivers that haven’t obtained any kind of endorsement.

So, we can see this situation as a win-win!

Both sides, the trucking companies get to work with a bigger number of customers because their truck drivers are able to transport every kind of loads, and in a point of view of truck drivers- they are going to receive higher salaries.

What we can see, no restrictions about what truck drivers can transport means that they will have a higher salary!

What Other Benefits Do HAZMAT Truck Drivers Enjoy?

HAZMAT truck drivers not only that are paid better than conventional truck drivers, but also due to the complexity of the job, they are enjoying better benefits than them.

Let’s start with the paid travel that they get. In general, hazard truck drivers are traveling longer distances. That means that they get the chance to see gorgeous mountains, drive through ocean highways and enjoy urban landscapes.

Also, hazmat truck drivers have excellent pay! Still, at the end of the day, the salary depends on the company for which the truck driver works for. As well as from the experience of the truck driver, and the routes that he is driving.

Yet, hazmat truck drivers are enjoying the benefit of freedom. What do I mean by freedom? Well, HAZMAT truck drivers are not being micromanaged, they are working on their own; they know how to handle any given situation, that is why they are also called highway heroes.

To sum it up, as you had the chance to read this article “How Much Does A HAZMAT Truck Driver Make”, you could read, and see that I did not focus that much on the salary as a number. Instead I tried to reveal to you all secrets. That is to say, all factors that contribute in a great measure to the salary of HAZMAT truck drivers.

How Much Does A HAZMAT Truck Driver Make- All Secrets Revealed was last modified: May 4th, 2017 by Jurica Magoci