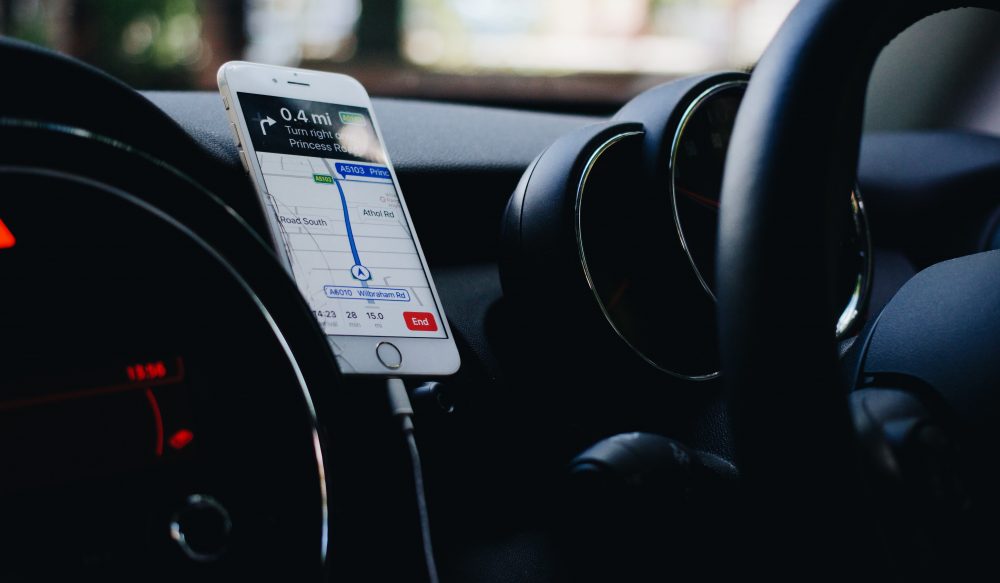 Everyday cars are becoming more autonomous than ever. Rather than calling it a car, everyone will be calling it a driving machine controlled by a computer (IoT).

Modern-day vehicles greatly differ from their predecessors, becoming an IoT that connects to the outside world, with onboard computing power and communication systems that are focused on three areas: The Driver’s behavior, engine diagnostics, the vehicle’s location, its surroundings, and the occupants of the vehicle. All of which we can say is under the influence of cellular and 5G technology.

The spread of 5G is on the run, especially during 2021, 5G is estimated to be in many countries around the world. It has already been deployed in many developed countries, where it is a very important trend in the connected vehicle world, where it has an impact on its development. Combined, the impact of IoT and 5G on the connected vehicle industry, means stronger connectivity and more autonomous driving.

Of course, the “G” didn’t always have the “5” attached to it. 5G, before it was released, had many predecessors before it that all led to 5G. It all started with 1G in 1979, which began a whole new age of mobility for voice calls.

It was not until 2008 when 3G initially got released, specifically for web-browsing that expanded the possibilities of IoT. After a few years, 4G would come into place along with cloud computing. 4G’s high demanding bandwidth allowed the digital world to evolve, allowing greater capacity, lower latency, and a huge innovation in the IoT world which today would evolve into 5G.

The network 5G is allowing a massive IoT ecosystem to allow billions of connected devices to trade off speed, latency, and costs in between each other.

5G is all connected to IoT Modules, gateways, and modem cards. It is offering a secure new generation of connections in future devices and IoT projects.

How does 5G work?

It is obvious that 5G networks leverage higher spectrum bandwidth than the older generations. With its higher bandwidth, it is able to achieve higher speeds, reliability, and efficiency during real-time communications. Very large data are communicated easily and travel at extremely high speeds without any issues.

The Speed And Low Latency of 5G

5G can deliver up to 10 GB of speed per second. It is 10 times faster than 4G and can reach top speeds faster than 4G. If it takes 4G an hour to download something, it’ll take 5G just 6 minutes to download it! This can be very helpful when downloading software inside the connected vehicle, not delaying new updates as much as it would with 4G.

The latency of 5G is also very low. If you don’t know what latency is; Latency is lag time or short delay between the travel time of signals from point A to point B. Signals such as communicating with nearby devices or when you are informed on your dashboard about something that is going on in your connected vehicle.

The efficiency of 5G

The ecosystem architecture of 5G is designed to consume less energy in comparison to its predecessors that consumed more than 70% of unnecessary energy in the background. Reduced latency and the new power management system allow 5G to have better background optimization. The new 5G is claimed to be 90% more energy efficient than its predecessor, 4G.

3GPP 16 was released in mid-2020, 3GPP 17 is expected to release somewhere in mid or in the later first quarter of 2021. It is a very important milestone of 5G since it completes phase 3 of the 5G specification. They deliver stronger mobile broadband and very reliable low latency communication, which decreases delays in real-time communication. Release 16 includes increased automated and remote driving, platooning, and extended sensors.

Release 17 is just months away from being the new 3GPP. There will be many improvements from its predecessor release 16. Here are a few special features that will be included:

5G has a unique software-defined network that allows it to dedicate bandwidth use for specific cases that require common shared needs. It can create multiple virtual networks that offer its capabilities and functionality for a specific service or customer group (personalized services). All the services have different requirements and levels (SLA), where the Virtual networks are used specifically for IoT cases.

The Future of 5G and IoT

Since the release of 5G in 2020, its number of units has been increasing fairly rapidly. According to computer weekly, it is predicted that by 2026 there will be over 3.5 billion 5G users.

According to the Association For Safe International Road Travel, nearly 1 and half million people die each year from a car crash. 20-50 million suffer a disability from the impact if they don’t die! C-V2X (Cellular vehicle-to-everything) wants to solve this problem.

C-V2X communicates in the following ways: direct communication over the PC5 interface on the unlicensed 5.9 GHz band, and for cases that require low latency (V2V, V2I, V2P), and V2N communication with the Uu interface that have regular licensed band cellular networks. To function properly, the C-V2X ecosystem requires great cellular connectivity on the roads for V2N communication.

As of now, there are currently no connected vehicles equipped with C-V2X. It is predicted to arrive in 2022, according to cNet. A Ford prototype already was seen cruising around Miami that plans to bring this technology to its cars.

With high bandwidth networks, the connected vehicle is enabled with a range of IoT capabilities. Here are a few of them:

Many companies are connected vehicle platform providers, some of them being: HERE Auto, Ericsson, Harman, CloudCar, deCarta, Harman, etc. From all of these in the market, Microsoft is the most dominant. Most Connected Vehicle platforms integrate Microsoft’s IoT, computing technology, security, connectivity, and so much more. Microsoft claims its dominance in the market by stating that they always stay up to date with the latest technologies, including that 5G and V2X will be available for use as soon as it is available.

Right after Microsoft comes BlackBerry’s QNX platform which holds 50% of the overall market share in the Connected Vehicle Platform provider. It connects more than 150 million connected vehicles all over the world! It might just overtake Microsoft soon enough.

Ericsson also holds 10% of the market shares in the connected platform provider market. It connects over 5 million connected vehicles worldwide, along with its other MCVP partners- LG Electronics & Clarence.

All the providers in the connected vehicle world also have a lot of impact on the automotive industry revenue. Estimated to be over 160 billion by 2025, according to an article by PRNewswire.

Telematics in the fleet vehicle management system allows it to provide its real-time location back to companies that want to see what exactly their vehicles are doing. GPS technology in connected vehicles has come a long way since its first introduction in the 1990s where its accuracy was only limited to 100 meters. Costs of transmitting large data were very high and retrieving data could be done once the vehicle returned to its place.

A decade or so later, the GPS systems range improved, providing lower costs and improved cellular connectivity to IoT. Improved GPS also led the way for more after functions of fleet management and more responsive real-time locations of vehicles. In modern-days, GPS isn’t a necessity since live tracking of vehicles shows using cellular triangulation technology, although it still isn’t as accurate as GPS.

Telematics in the connected vehicle has a series of benefits behind it. It isn’t just good for providing real-time locations but also very effective in reducing maintenance costs, increasing fuel efficiency, increasing driving safety, and not polluting the environment.

How Do Telematics Work?

For entities that have fleets of vehicles, this can be very efficient and highly beneficial. Telematics will provide the live location of the connected vehicles, inform them of forbidden/sketchy areas, and also track down any connected vehicle that is in the process of stealing or driving without authorization.

Most newer modern-day vehicles will have a start-stop system that turns your vehicle off when you are at a traffic light. It will even inform you exactly how much fuel your vehicle is consuming, letting drivers be aware of how they are using their gas. Modern-day engineering has reduced the size of many engines which allows them to be more fuel-efficient. IoT in the connected vehicle controls fuel usage, so it will only use fuel whenever the vehicle needs it, then stop it automatically when there’s no need for it.

With telematics installed in the vehicle, fleet managers now have the power to monitor their drivers. When the drivers know it will cost the fleet managers money, they will most likely stop driving fast. All drivers are monitored to ensure that safety is their number one priority.

By combining the new efficiency, speed, and low latency of 5G with IoT, it has conducted IoT into the internet of everything, from smart connected vehicles to also smart cities.

The Impact of IoT & 5G On The Connected Vehicle Industry was last modified: April 19th, 2021 by Jurica Magoci