If there is anything in trucking industry that you could call traditional, it’s the US roadside stops. They are serving drivers for more than 60 years. Indeed, you will see here that the best American truck stops started their businesses in the first half of 20th century.

During that time, truck stops have became so much more than places for refueling.They are constantly evolving to match the truckers needs. However, times when truck stops were exclusively to long haul drivers are gone. They welcome everyone now, although drivers do get special discounts.

But first things first. What do we like about truck stops?

Well, the gas prices are generally lower, retail stores are also special and there is always some sort of entertainment.

But, the real thing is the feeling that you are not alone on the road. A trucker should be constantly reminded of that.

Know that a truck stop can make a difference between fine and ruined road trip. Therefore, a trucker should know what to expect from his rest stops.

I’ve done some research and gathered all the relevant truck stops reviews I could find. After comparing and analyzing the material, I created my own list of best truck stops in US.

Here is what I came up with

In more than 50 years of serving the drivers, Iowa 80 has reputation of the world’s largest truck stop. It offers restaurants, movie theatres, laundry washing, private showers, and church service on Sunday.

Years before Interstate 80 was built, back in 1964, Bill Moon spotted the location today known as Exit 284, Walcott. 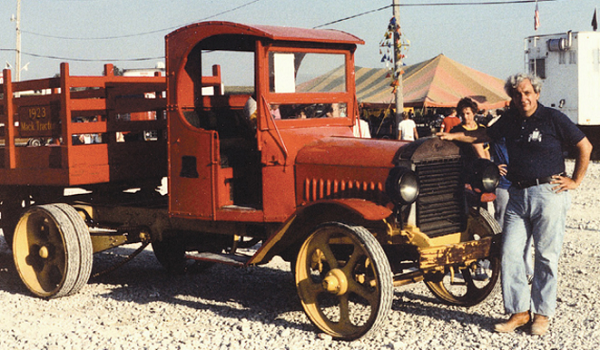 However, Mr. Moon was managing the business, until he finally bought it from Standard Oil in 1984. From that point, he and his wife Carolyn could truly expand the business and add all the services.

To get a picture what Iowa 80 is today, look at these numbers:

It’s really simple in Moon family if you truly love the job, you’ll know how to do it perfectly.

“We are so fortunate to have such wonderful, dedicated employees and loyal customers. They are such an integral part of our success.”

#2 South of the Border

The location of South of The Border is off I95 Dillon, South Carolina.

It could be said that it started in 1949 when Alan Schafer opened a small foot beer stand called South of the Border Beer Depot .

Download FREE Cheat Sheet: 10 Secret Tips To Get Discount On Every Truck Stop

When visiting this truck stop, you will be welcomed by Pedro. The Pedro has it’s own story. Mr. Schafer employed two men from Mexico to work at the motel office. Police were calling them Pedro and Pancho. Later, the simplified it to Pedro. 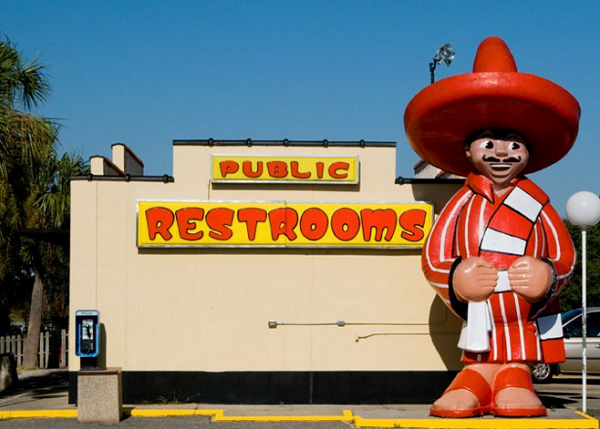 Except from all the regular truck stop offers, they have some fun attractions like Reptile Lagoon (the biggest indoor reptile exhibit in the United States), Pedroland with great amusement park and much more.

Of off I5 in Portland, Oregon, you will find restaurant, convenience store, movie theater, video poker and more. Also, on weekends, you can enjoy live music.

The AMBEST Service Center is providing truck and RV service as well as DOT inspections, 7 days a week. While servicing your truck, you can usually get free or discounted lodging at Portland Inn Hotel.

Shortly, Jubitz Truck Stop and Travel Center will match most of the trucker needs. No question about it. FOX Travel Channel named it for a reason, as World’s Classiest Truck Stop.

They are big, like really big. The convenience store on Interstate 35 between Austin and San Antonio is longer than a football field. To be precise it’s 68,000 square feet which makes it the largest in the world, featuring 60 gasoline pumps and 31 cash registers.

“I wanted to build a facility that was bigger than need be, but I have to admit I’m a little nervous. Did I overdo it this time?”

There are 22 Bucees location in US .

There are no many places that can compete with RPlace Eatery , when it comes to tasty food. Located at 21 Romines Dr, Morris, IL 60450, RPlace is working 24/7 and it really is the place to stop.

Firstly opened as the Chuck Wagon, when everyone was eating hamburgers and drinking 10 cent cup of coffee.

It became favourite stop for truckers and travelers generally. It could be because of the food they serve, which became sort of a stamp for RPlace.

There is a reason why the best truck stops are trying to service such tasty food. North Forty Truck Stop is no exception. The they serve is generally great, but their fried pies are something you should definitely try if you visit the truck stop at 15060 US641, Holladay, TN 38341.

Everything a trucker need is there, including overnight parking, shower and laundry service. Also, you can visit a barber and have a massage. It doesn’t get better than that.

If R Place is famous for its hamburgers, then Sapp Bros are for their American cuisine they serve in Apple Barrel restaurant. Very important to know is that Sapp Bros are providing 24hour roadside service in 9 travel centers.