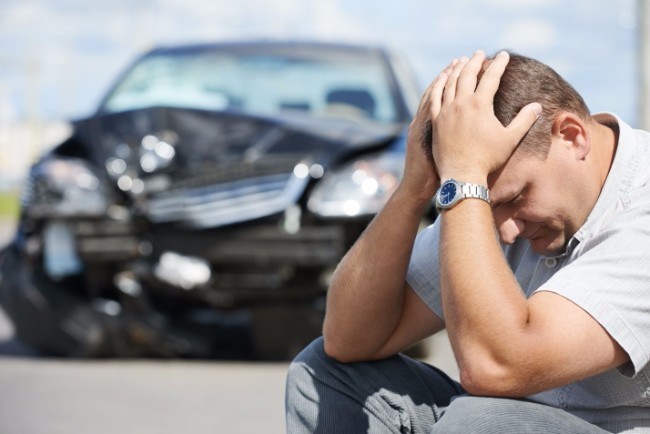 Truck drivers these days are well regulated by all the rules and regulations from the agencies. They have hours of service to obey! Those rules are there for a reason. For preventing semi truck accidents!

But you on the other side should know when to stop! Be responsible for yourself as well as for the others.

Fatigue-related semi truck accidents happen all the time. Don’t make yourself part of one, just because you was tired!

Again, safety and precaution its must!

I am not saying that you should be paranoid about what might happen, but you should have that thought always lingering somewhere in your back burner, as soon as you buckle up for the road!

You might be a good and responsible driver, but you never know who drives on the other side of the road, coming your way!

If you have other passengers in your car then that is a reason plus for you to fasten your seatbelt, and make sure the rest of the crew do the same thing!

Never drink and drive! Now, that’s a rule of the rules! I will say it’s the most important one from all the others.

With all those government sponsored commercials and videos about the consequences of drinking and driving, you should know better than seating behind the wheel after consumption of alcohol!

Here are just a few things that excessive alcohol use before driving can do:

I know this has been and will be mentioned again and again. But people just don’t understand how large and heavy those trucks really are! Often the truck doesn’t cause the semi truck accidents, the drivers of the regular cars do, by being careless.

What do I mean? Well they might be the best driver in the world and the truck driver might be as well, but 80,000 pounds can’t stop as quickly as a small car. So guess what happens? WHAM! That little car is now scrap, junk. Sounds mean, but it is the truth.

So, don’t cut in close! Always make sure there is plenty of space not only to get over but to stop if need be.

6. Never Try to Squeeze By, If the Truck Tries To Turn

We have all seen the ‘wide turn’ signs on the back of a semi truck.  They are right there in front of your eyes, next to the hazardous cargo plates and such!

So yes the wide turn signs are there for a reason! This is because semi truck accidents often occur when a car tries to pass a truck while it is making a turn. The turning radius of a commercial truck just isn’t the same as a small car.

They often even need to swing wide into the other lane. So if try to squeeze by as they are making a turn onto another street, parking lot or truck stop, there is good chance you’ll get hit.

Sure it will be a little annoying waiting for the truck to make its turn, but the few moments you lose waiting are better than the alternative, don’t you think?

So, my advice to you will be to never try to squeeze by, if the truck tries to turn! It’s a big No, no!

These days we are leaving in a constant dynamics. Go here, do this, make that and don’t forget to pick up the dry cleaning on the way back….. Rush and rush! For where? Yes, I am asking, for where and for what!?

We will make it there, no need for the rush! Better to be late than never make it!

But, we are like we are! It looks like there is no remedy! There is actually, but we need to learn how to always be patient!

How many of you have been in the situation where people would not let you merge into a road lane? I believe all of you are in this kind of scenario every other day, if not on a daily base!

Even though there are signs that your road lane will end soon and you indicate early enough that you want to merge into the next lane, people won’t let you do it and they will close you out!

Well, in that case, my advice to you is to work on your patients! You saw that scenario yesterday; you will see it tomorrow again! The good part of all this is that even if people do not let you merge into their road lane; you will eventually merge and make your turn!

Did you ever saw a vehicle parked on the side of a road because their line ended and they were not able to merge? I believe the answer is no! That what I thought so! Well, I never saw that either!

So you have to learn how to be patient! If you learn that technique, soon enough that silly stuff that other drivers do, won’t batter you that much!

8. Avoid Traveling Close behind a Truck

You should never follow a truck too closely. First then all you won’t be visible to the truck driver if you are following too close; plus when you are around big vehicles it will take you more time to maneuver around if something is to occur.