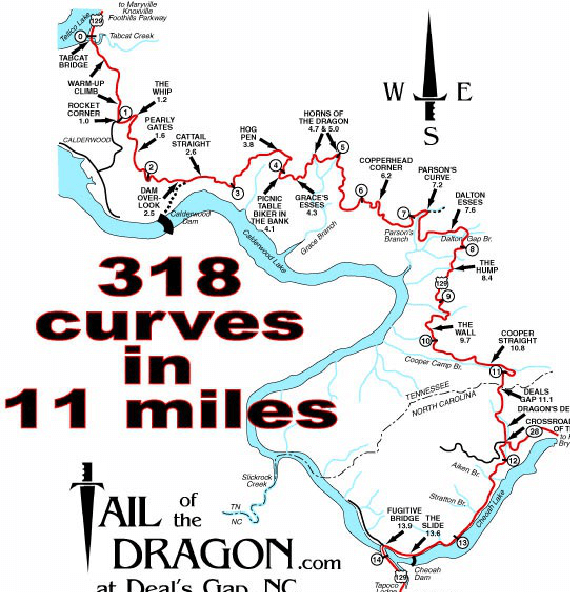 There are many issues that drivers must be concerned with. Some are within the driver’s control (speed, mechanical issues, obeying rules and regulations and etc.).

Other things are not, but the driver can be on the alert for (weather, other drivers, wildlife, and etc.). Then there are those issues that just can’t be avoided. With the most obvious being:

The actual routes that must be traveled!

America has some of the longest stretches of highway in the industrialized world. We also spend more on our highway system than some countries have in their entire budget.

However, that doesn’t always mean the roads are perfect (far from it). Many factors can determine the road conditions, highway budgets, amount of traffic, and terrain being the main factors. 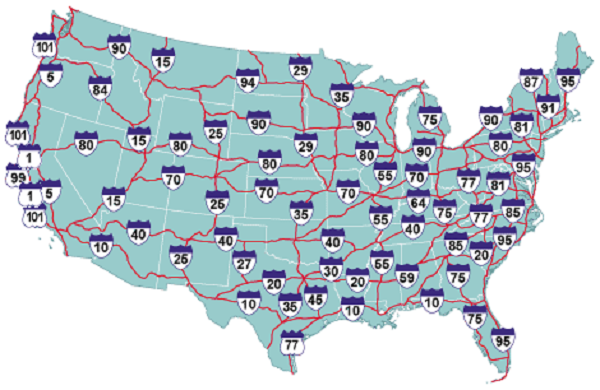 Most highways have been improved to aid in the flow of traffic. Sometimes roads are adjusted to skirt around small communities, other times the communities have grown up around the new highway.

But two things must be kept in mind. First, the better or more direct the road is, the more traffic will be sharing it.

Second, most highways were not designed with the needs of the trucking industry in mind (though that is starting to change).

It is understandable that terrain and cost are the two driving factors when highways are designed. Then lobbyist and governments (federal, state, and local) add other restrictions and/or requirements.

All of which is good for those who are wishing the best route to get to where they are going.

Every year the DOT (Department of Transportation) and other organizations post list of the most dangerous highways in The USA. So, after some careful research of various sources common consensus says these are a few of America’s worst roads. The 13 roads we will review are:

It is America’s fourth-longest Interstate Highway, and the southernmost major interstate highway, running from Santa Monica, California, to Jacksonville, Florida.

However, the 150 mile stretch from Phoenix, Arizona to the California border is especially dangerous, accounting for approximately 85 deaths per year. That section has very little in the way of population and is mostly deserted.

I-95 runs north and south, from Maine (US/Canada border) all the way south into Miami, Florida, though technically sections in Pennsylvania and New Jersey which are still under construction (scheduled completion 2018).

It is the longest (north and south) and one of oldest interstate highways in the US. 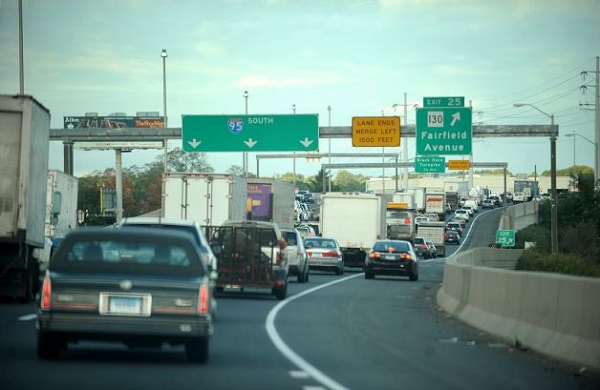 Running along the eastern border of the United States it also cuts through the most densely population centers in the nation. I-95 combined, totals 1,919.74 mi (3,090 km), yet the vast majority of accidents happen on an 8 mile stretch in the city of Norwalk.

But, be warned, almost the entire highway runs through excessively high traffic areas.

It begins in Fairbanks and ends at Deadhorse, near the Arctic Ocean. It was built primarily to service the Trans-Alaska Pipeline System and the Prudhoe Bay oil fields in 1974. 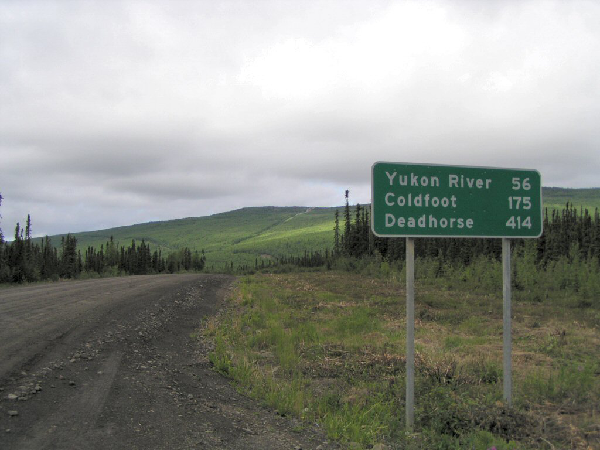 What make this road so bad is how it meanders and winds through the mountains of the Brooks Range, where America’s lowest temperature was recorded in 1971, minus 80 degrees Fahrenheit!

To add to the issues it was opened to tourist in 1994. Usually 2 times a day helicopters patrol, looking for breakdowns and accidents. There is just one actual fuel stop located at the halfway point, in Coldfoot.

Though technically it has been broken up by other interstate highway systems and actually connects with various Canadian highways. A section of it dates all the way to the 1926 highway plan. 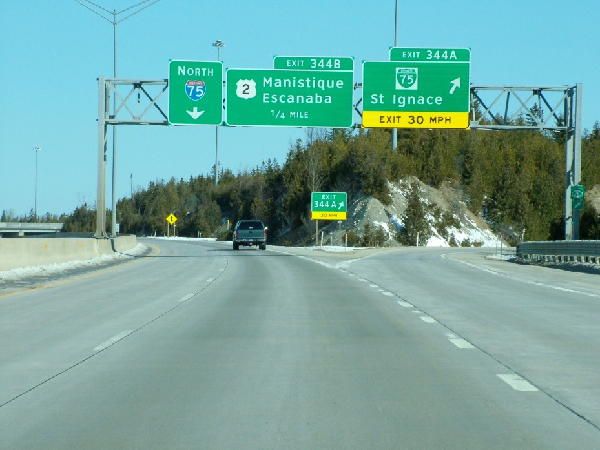 According to the University of Minnesota, it has the highest fatality rate of any other region. Two of the greatest concerns are the weather and the vast open spaces.

The weather is prone to high winds, blizzards, and black ice. And the area is extremely rural, resulting in long distances between emergency services, an average of 80 minutes for ambulances!

And, keep in mind with the limited population, means less traffic, which increases the speed at which people tend to drive.

Highway 550, known as the “Million Dollar Highway”, is part of the San Juan Skyway Scenic Byway.

Originally built to connect mining camps to the railroad in the 1880’s it was rebuilt in the 1920’s and was part of the original Federal Highway System.

Though it has been rerouted several times, it currently runs between Montrose, Colorado and Aztec, New Mexico. 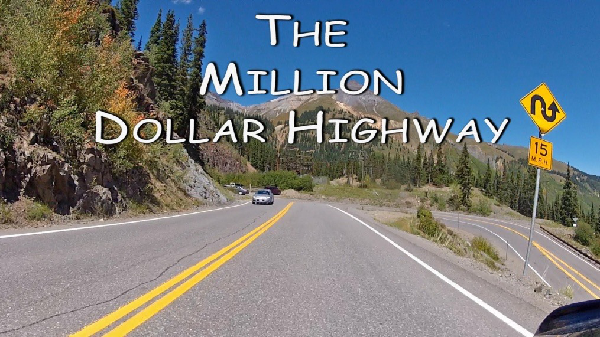 However, the 25 mile stretch in southwestern Colorado is especially gorgeous and dangerous. It winds its way up and down the steep mountains, reaching heights of 11,000 feet.

Something that is unusual for most American roads is that it lacks guardrails and shoulders. The drop off can be extremely steep!

Interstate 15 is a western highway in the United States that generally runs north and south. 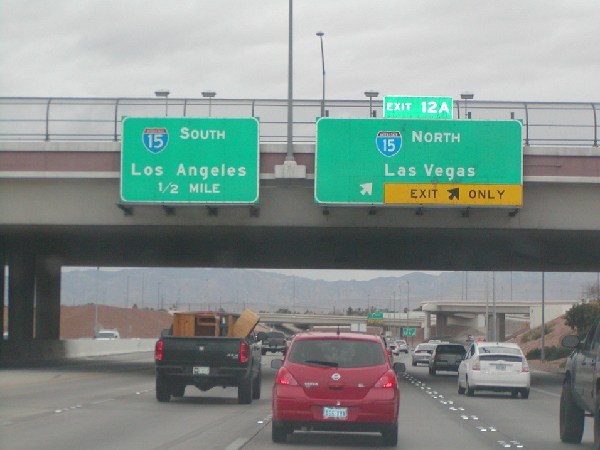 The most travelled section is the 180 mile section between LA California and Las Vegas Nevada.

13 Most Dangerous and Disastrous Roads for Truck Drivers was last modified: December 13th, 2017 by Jurica Magoci