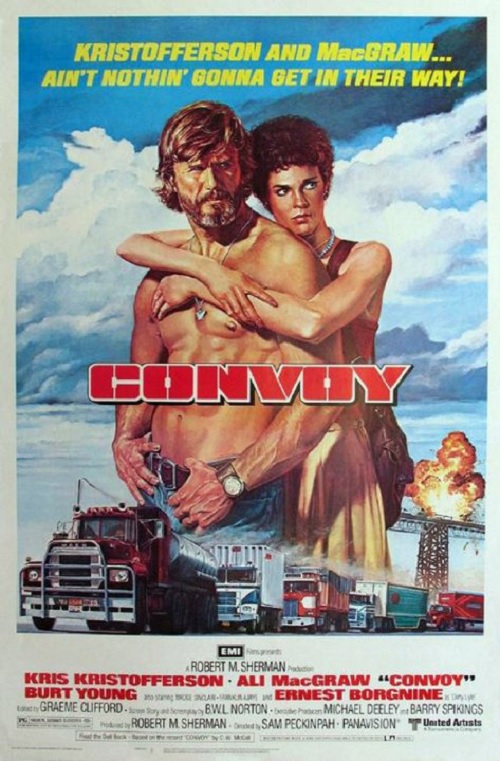 For those in this business it’s easy to see why trucking movies are interesting to watch. It’s fun to see a trucker take care of business and keep our country rolling, just like ourselves, or our drivers, or clients do every day.

Though it seems, no one can really agree on which is the greatest trucker movie ever made, and there have been a lot.

However, you all should agree with me that quite a few of them are pretty remarkable.

And almost every truck driver has seen most of them at least once, if not more times.

My personal choice today may not bind with everybody’s taste, but hey, I am not a trucking-movie expert!

To be completely honest, when I started researching this I had no idea just how many trucking related films there are!

Many are directly related to the industry. Others use the truck as a key story/plot point, while others rely heavily on the big-rig, but it’s not central to the story.

Whether you want to see the trucker be the hero, homicidal self-driving trucks, a semi-truck transformer, or a crazed trucker out for blood, these movies have it all.

They may not be most popular genre in Hollywood, but they are interesting enough for people like Stephen King, Steven Spielberg, and many other famous writers/producers to want to get involved in creating stories centered on the big trucks.

So, what I have tried to do here is focus on films where the trucking industry or the trucker is what the movie is about.

Then I did add some honorable mentions and even included a short list of additional related films.

I am open for suggestions, please let me know if I left out one of your favorites!

I will start with my favorite movie:

Race car driver “The Bandit” takes $80,000 bet to transport a load of beer in record time. That causes him to cross paths with the most determined law enforcement officer to ever pin on the badge Sheriff Buford T. Justice A.K.A “Smokey”.

The Bandit decides it’s a great idea to pick up a female hitchhiker that was up a runaway bride who also happens to be the future daughter-in-law of Sheriff Buford.

This movie was so popular, it actually inspired numerous other copycat films, 2 sequels, and several made for TV films. In 1977 it was the second highest grossing film behind Star Wars!

“For the good ‘ol American life. For the money, for the glory, and for the fun. Mostly for the money.” – Bandit 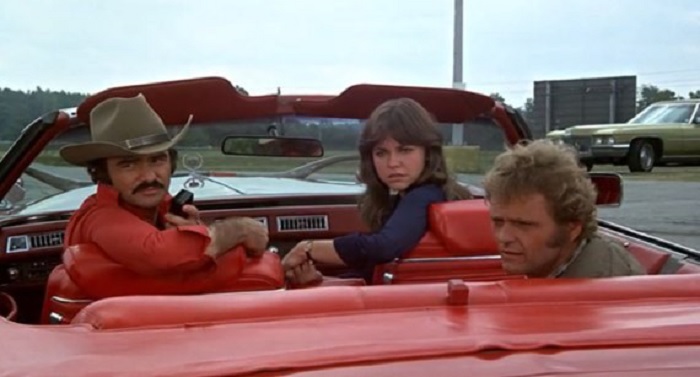 In order to stand-up against a corrupt official the truckers team up. It isn’t long before more and more trucks join in the struggle. Soon they have a mile long convoy!

“A lonely breed. Hard men, proud men, not too proud to cry or shed a tear. The living embodiment of the American cowboy tradition.” – Governor Jerry Haskins

An ex-con tries to start his life over as truck driver. Sometimes it is hard to escape your past, especially when you’re contracted to carry a suspicious load.

“There ain’t nothing like a Caterpillar engine.” – Jack Crews 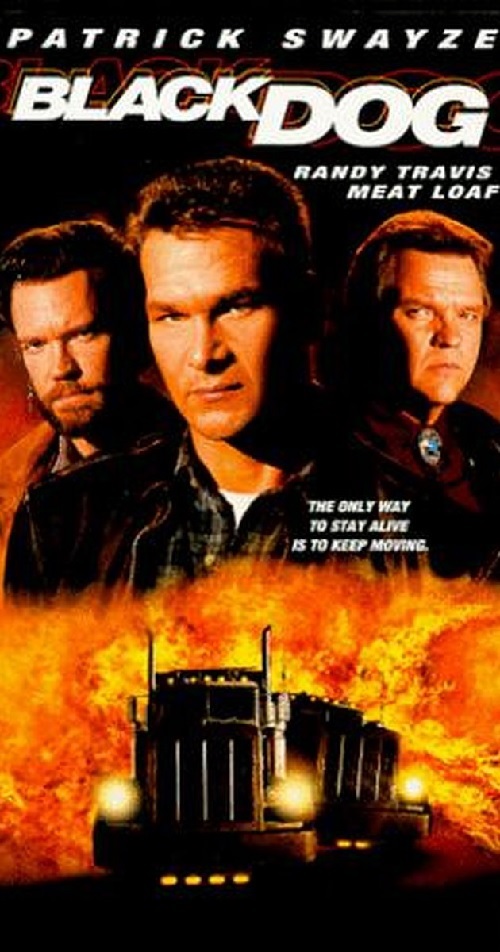 A trucker driver not only completes on the roads, with his son, but is also as a world class arm-wrestler! If he wins he can start his own trucking company. In this movie are starring: Sylvester Stallone, Robert Loggia and Susan Blakely. 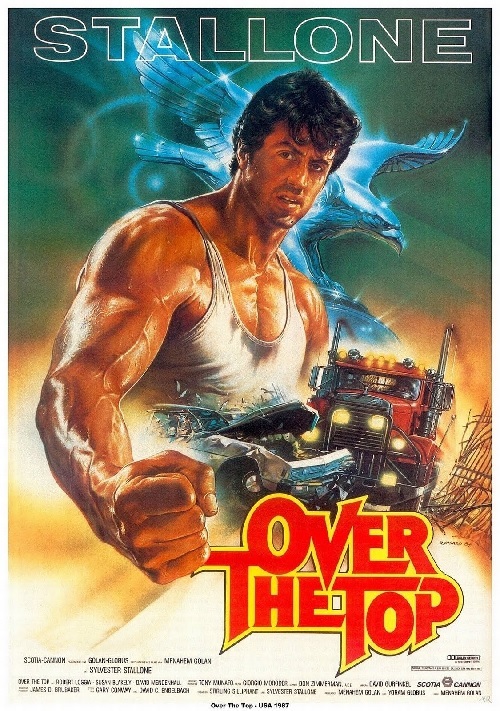 A trucker, who is also a martial arts expert, goes looking for his brother after he disappeared in a small corrupt town.

Tagline: Don’t Muck Around With An 18 Wheel Trucker. 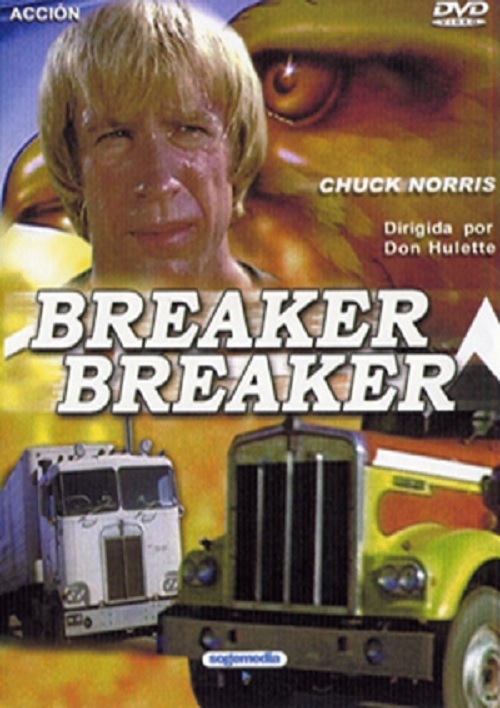 A free-wheeling trucker suddenly must come to terms with her life. She had abandoned her son 11 years earlier, but now must decide to either be a mother or to continue to live her free lifestyle.

Tagline: Some things in life you can’t leave behind 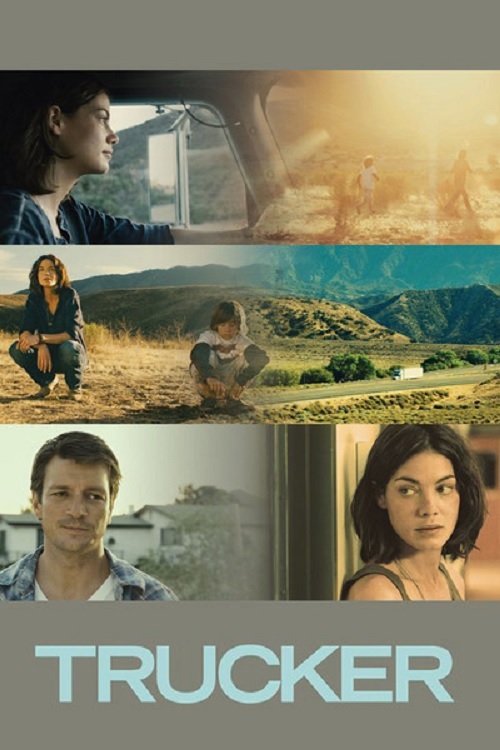 An Air Force Veteran borrows the money needed to buy his own rig and start a new life. But soon discovers the company is owned by the mob. 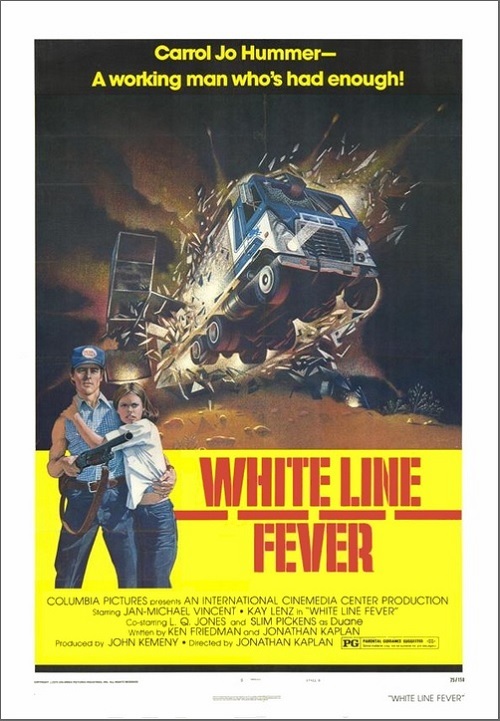 The misadventures of an aging trucker. He takes his truck on one last run that takes him from coast to coast in this fun filled romp.

Tagline: You’re in for the ride of a lifetime! 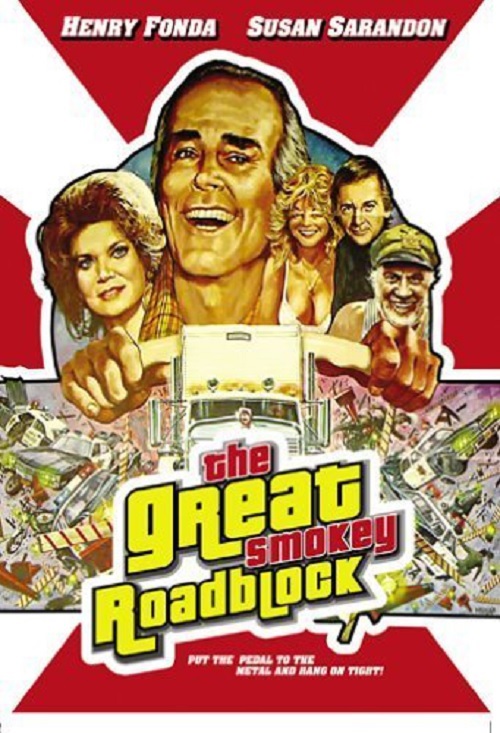 A fed up woman tries to escape her relationship and takes a ride with a trucker, who has more on his mind than just a friendly lift.

Tagline: This ain’t no joyride. 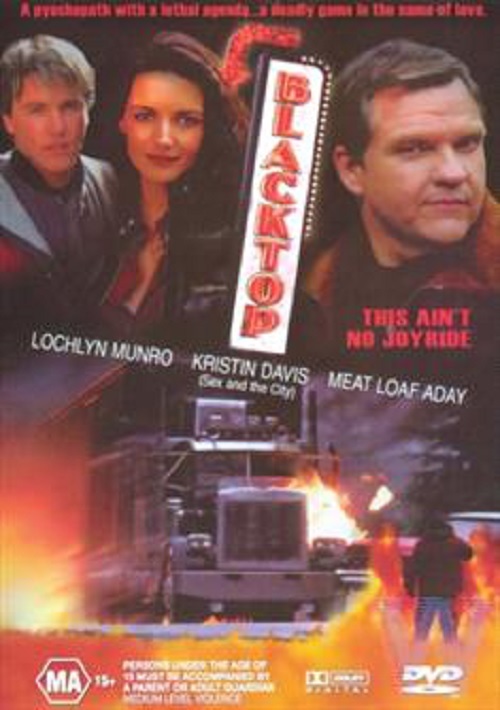 Two truck drivers not only have to deal with the hassles of over-the-road driving, they must contend with hijackers and thugs, who are trying to drive them out of business.

Tagline: Truckin’ is one thing, High-Ballin’ is another, and the way they do it is something else! 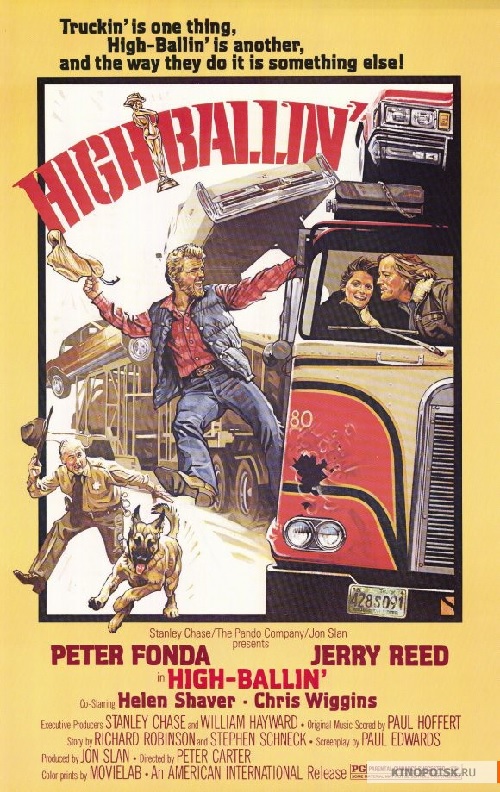 A trucker who is about to lose everything, including having his truck repossessed, makes a deal to haul some rustled cattle.

Tagline: He delivered his own brand of justice on a rampage of revenge … 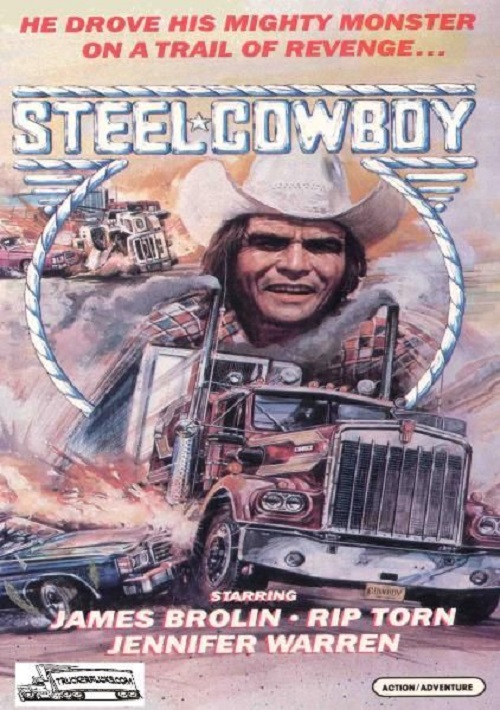