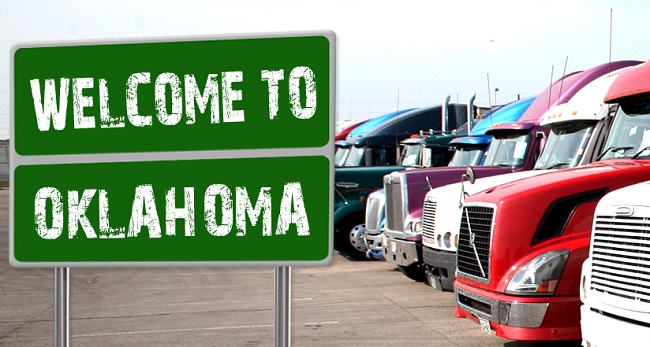 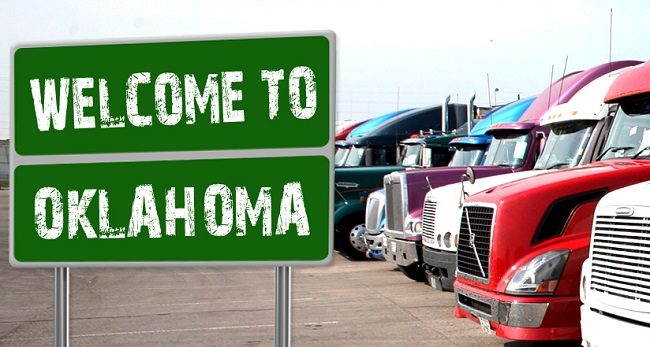 So, today I am going to touch on trucking companies in Oklahoma. This state has a long history of travelers, and commerce passing through. Settlement was encouraged into the Oklahoma Territory (as with many other areas) in accordance with the many Homestead Acts .

They earned the nickname, the Sooner State because of early settlers who staked claims before they were legally supposed to. This was in violation of the Indian Appropriations Act of 1889. But most the claims were deemed legal regardless.

Prior to statehood a Statehood Oklahoma was referred to as either (or both) Oklahoma Territory and Indian Territory. They became a state in 1907, making Oklahoma the 46th state and the name was officially changed to simply Oklahoma.

Since this unusual beginning they have become home to many trucking companies in Oklahoma. As of 2017 they are the 19th largest state in size but the 28th in population. However, they do have the roadways to get people and freight from point A to Point B, though not everyone agrees to whether or not it is appropriate to their needs.

However Oklahoma does have over 12,000 miles (19,000 kilometers) of major roadways. This includes the state-operated highways, ten turnpikes and/or major toll roads.

If you are planning on running Oklahoma roads you might want to look at the Oklahoma Department of Transportation (ODOT).

What many people fancy is the fact they have the longest drivable section of Route 66 in the USA!  Some of their other major highways are:

Of course, there are numerous other major roadways crossing through the state as well. They all are numbered in accordance with the National system that was formed November 11, 1926, by the Bureau of Public Roads (BPR). They are of course now the Federal Highway Administration (FHWA) within the Department of Transportation (DOT).

I think that enough was said about Oklahoma and its history! If you are looking to find ways to get your freight moved, without further delay, let me go back to the list with what I think are the top 10 trucking companies in Oklahoma.

Miller Truck Lines is experienced and competitive trucking company based out of Tulsa, Oklahoma. This trucking company offers distribution solutions and freight broker services to industries and businesses.

This is another fine example of trucking companies in Oklahoma. They currently have over 350 drivers operating more than 450 trucks, while covering 33.6 million miles per year!

Miller was incorporated in 1983. It is a family owned business operated by James and Bonnie Miller, and his sons. Since ’83 a lot of things have changed, but the loyalty and the respect that Miller Truck Line enjoys, has remained constant.

To better serve their customers, they developed a strategic network of terminals and offices located in Stroud and Tulsa, OK, Columbus, OH, and Altavista, VA.  With over 26 acres at their Tulsa location, Miller Truck Lines are able to store product right there in their yard. They can load product, store and deliver at a later date.

Some of the outstanding services and advantages that make them stand out of the crowd are:

Being somewhere on top of the list of best trucking companies in Oklahoma, Pilot Thomas Logistics is honored to keep that position for over 69 years.

With fleet size of over 139, 350 drivers, and annual mileage: 25.2 million, this company is the premier provider of fuel, chemicals and lubricants to the energy, marine, mining and industrial markets.

Their main office is located in Fort Worth, Texas, however, there are more than 3,000 team members located to different locations throughout North America, including the location in Oklahoma City, Oklahoma.

They are well known brand that provide high quality products and superb services to their valued and loyal customers.

Now, at first glance you might wonder how Hobby Lobby made the list of trucking companies in Oklahoma.

Well true enough they are a large retail change specializing in crafts, framing, floral arrangements and such. But did you know they have a fleet of almost 270 vehicles with over 440 drivers, average more than 44 million miles a year?

I think they have earned their right to be included on this list. As stated Hobby Lobby is a retail store which started out small in 1970 but has grown to 700 stores, with 32,000 employees, and operating in 47 states!

Their 9.2 million corporate headquarter is in Oklahoma City. Although you might not find any trucker movies or trucker music  in one of their stores, but you might find trucker hats that you can customize!

Freymiller is another example of the many trucking companies in Oklahoma. They offer both a broker service as well as a carrier, providing its clients the best of both.

They have been in the trucking industry for more than 45 years. Now based in Oklahoma City, Don Freymiller is a long way from his Wisconsin dairy farm roots, and has come a long way in every sense of the phrase.