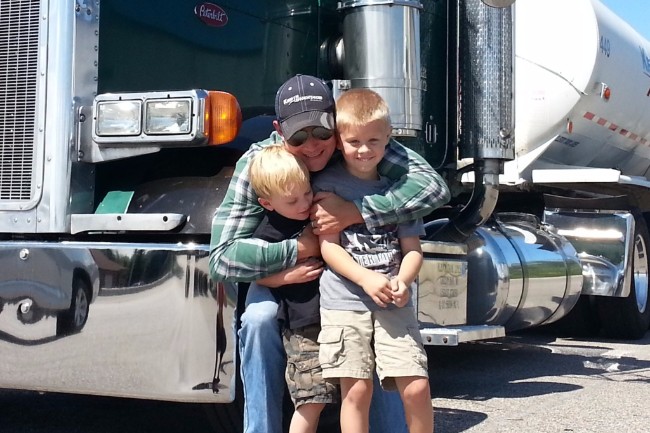 Furthermore, according to the U.S Department of Transportation, there are other working hour rules that unlike these are created for the drivers as well.

Sometimes, can be hard to plan your time when you are all scheduled out. However, there are times when the unplanned HOS come up due to the traffic. The fact is you never know what awaits you on the road which is why people have a name for it – the road challenges.

Unless you are not familiar with the territory and terminal you are driving in, you won’t know where to find cheap diesel fuel. Comparatively, if you are one of the new truck drivers, how would you know where to find a place like this?

Forthwith, if you get the chance to make stop hours before you need to fill your truck with fuel, you can ask some of the other experienced drivers. Or you can go the easier, modern way of using the help of technology that every single human uses in this 21-st century.

Consequently, you can use the fuel optimizer which I personally think is one of the most useful applications of all time. This application has impeccable features.

To point out, the only thing you need to do is to type in your route. For example, if you are driving from Minneapolis, Minnesota, to Orlando, Florida, you select both of the locations, the starting and the finishing point. Moreover, all of the fuel stops will be shown on the screen, before you even make a move.

Thus, trucking companies can track the expense of the fuel. The app offers a unique way of minimizing your costs like you never did before. And the most fundamental part is safe. With this feature, trucker companies save a huge amount of money.

The fuel optimizer is for free, and every truck company should have it since it is beneficial for both the company, as well as the driver. Even though, a job is a job, according to Governors Highway Safety Association (GHSA) driver’s safety is the most important by all means.

6. Dealing With Freight Shippers and Receivers

Besides the long routes and the long working hours, new truck drivers have to deal with the freight shippers and the receivers. They have to do this on a daily basis. Somehow, this kind of job is made easier for the drivers with a messaging system.

The system is attached to the driver’s truck in a place where he can see the information that the system contains.  This computer also has a keyboard and allows the trucking companies to track the driver’s location.

The system gives the driver information about the shipper. Thus, he knows the location from where to pick up the cargo. Once he gets to the given address, he checks with the shipping and then continues to the dock where the truck is loaded in. Nevertheless, I personally look at this more as a driver’s safety than a “controlling monitor”. Unfortunately, there may be truck accidents where the driver may need help.

Once the process starts, the driver is still on duty, but this time he is waiting for the loading to be done. Sometimes, the truck is loaded immediately, and sometimes there are hours in question for the process to be done.

This is bad for the reason that the driving clock is ticking, but he must wait until it finishes. Accordingly, there are situations where while this happens, the driver cannot get out of the truck and stays there all day.

On the other hand, there are locations where a driver can take a rest and stretch his legs while this happens. This is very satisfying for any driver. Hence, there is a difference between the shippers. Sometimes, the truck drivers get to use bathrooms or watch a television during the loading process, which is mostly great for their health.

7. Finding a Truck Stop to Park the Truck

There are hardly any safe places for the new truck drivers to rest. Taking a rest overnight in an abandoned gas station, or some miserable truck stop is not safe, or healthy at all. However, due to their tiredness, people that drive for a living, specifically the new truck drivers, would stop to take a rest anywhere. But is it a smart move to make?

Another key point is that they are not taking care of themselves, which is really bad indeed. Moreover, drivers need to stay safe on the road, but in general, they continue to repeat those mistakes.

Notably, as can be seen in the previous paragraph, you can easily find a truck stop in order to park the truck with the help of an app. Thankfully, we live in a world of the internet of things, which allows you to use every electrical device that is connected to the internet network.

Under these circumstances, you can use the flawless features of the route optimizer, which gives you all of the needed information.

Although this may sound brutal, there are cases where truck drivers are attacked. In the hope that the drivers are safe, a useful type of optimizer tool is a must. Thereupon, if it helps, Iowa’s truck stop is one of the best and largest of truck stops.

Conversely, Fueloyal cares about the trucker companies and their drivers. By the same token, the guys from the firm develop helpful apps in order to ease each life connected with trucking. Not to mention that the fuel optimizer is a trucker-friendly application which eases a trucker’s life on a daily basis.

10 Over The Road Challenges For New Truck Drivers was last modified: May 4th, 2017 by Jurica Magoci