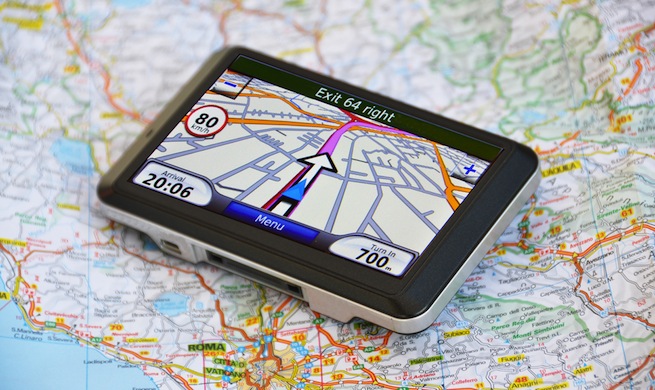 From all the 24 satellites, 21 were active at all times and the other 3 satellites were spares. But, it was declared as fully operational in 1995.

Today, the GPS network has roughly 30 active satellites in the constellation of the GPS.

And, it is used for many navigation applications. Such as route finding, map-making, earthquake research, climate studies, as well as some outdoor games.

Difference Between GPS and Glonass

Since we already tackled GPS, now you probably ask yourself what is GLONASS?

So, GLONASS is an acronym and it stands for Globalnaya Navigazionnaya Sputnikovaya Sistema. Which means, Global Navigation Satellite System. It is the Russian GPS-like system.

Glonass was first developed back in 1976. Furthermore, there are five different versions of it: GLONASS, GLONASS – M, GLONASS – k, GLONASS – K2, GLONASS – KM.

There are few differences between GPS and Glonass. The main one is the number of satellites that each of them have orbiting the planet. While GPS have 31, Glonass has 24 satellites orbiting and sending signals to the earth.

Let’s check what else is different.

Another big difference is that GPS has more commercial use. However, Glonass is more accurate than GPS with advantage of 2 meters of accuracy. But, Glonass does not have that strong coverage as GPS does.

Many people have used the Global Positioning System to find their location on earth. Nowadays, this satellite network can help other satellites to find their way in space. It can also prevent the orbiting communication devices to collide.

The common way to control satellites is done with controllers on the ground. Thus, they would monitor any changes that are done by the satellite using radio transmissions. But, this was in the history of GPS development.

Today, few low-flying satellites, that are positioned on a few hundred kilometers, have installed GPS receivers which determines their positions. This is done instantly and also can adjust their orbits fast and cheaper than before when using the ground controllers.

Until recently, nobody knew if the GPS system would work above the network of satellites. They actually orbit at 20,000 kilometers.

This was a very important information to know, because there are around 300 communications satellites. They are at 36,000 kilometers, which is the altitude at which a device might reach “geosynchronous orbit”. Which means, it will keep passing over the same part of the earth at all times.

Part of the history of the GPS system is the story of the AO-40 satellite. Back in September of 2001, one amateur satellite named AO-40, had successfully detected a GPS signal. This was done in cooperation with NASA of course, at an altitude of 52,000 kilometers.

The way GPS satellites work is, that they only beam their transmissions toward the earth. So the satellite AO-40 had to rely on small beams that were passing the earth and going to the other side of it, up to 70,000 kilometers away.

Usage of GPS In Military Industry

The need for GPS started with the military. It was initially a military device that would help the United States forces doing their job better.

But, with time, it got commercialized and today it is used by any civilian, thanks to the mobile applications and devices. The commercial use of the GPS started back in 1994.

Even today, it is still used in the Military and they always develop new uses for GPS.

Therefore, GPS devices are being added to the weapons and firearms. Also, some countries are looking into the possibility of embedding GPS devices into soldiers vests and uniforms.

This would allow the commanders to track their soldiers movements in real time.

Since GPS can be used to locate problems to a precise location, it is widely used in the military. It can be used in land, sea and airborne navigation.

GPS today has usage in many industries, but it is especially important in the fleet management industry. Having a fleet management software, allows the companies to have a complete tracking of where and when the trucks have been, which route they took etc. It even works as a route optimizer as well.

In addition, it shows the exact time and location. And that is very important in any industry which requires things to be done timely.

GPS tracker can be installed in any vehicle and with a GPS receiver can be monitored from anywhere in the world. The only thing needed is a mobile device, a cell phone, tablet or a computer and the application installed. There are many programs out there that are specially designed for Fleet Tracking.

They all work in the same way basically. A signal is transmitted from the vehicle to the receivers.

And, then it is visible on your application, with exact time and location. It is also possible a real time tracking or a tracking that would start recording as soon as you start driving.

10 Things to Know About History of GPS was last modified: September 21st, 2018 by Jurica Magoci