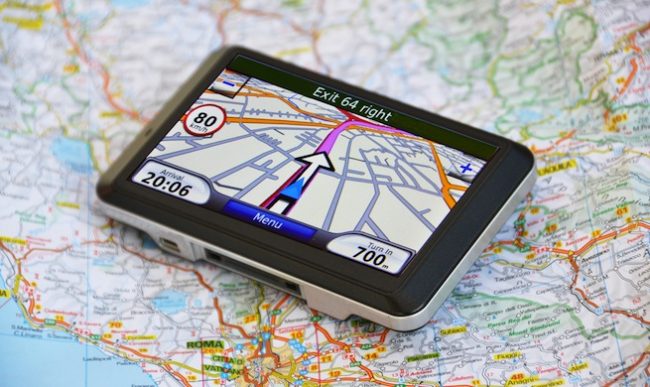 The history of GPS in fact, starts long ago. Its origin, dates back to the 60s, which is over 50 years ago. Since then, it has developed a lot and its usage is vital in today’s modern society.

We use it to navigate while traveling long distances. Even when we travel short distances that we are not familiar with.

In this article you will get the chance to learn more about how it all started, as well as, what exactly is GPS and how it works.

Surely, you know something about it now or probably you have used it several times.

But, there are many more details about it, that perhaps very few people know.
So, let’s start!

There are few interesting facts about the system.

Global Positioning System or a GPS is a network of orbiting satellites. They are sending details to earth of how they are positioned in space.

GPS receivers are sending the signals to earth through GPS devices, also known as navigation devices. They are calculating the precise position, speed as well as the time of the location of the vehicles.

Firstly, GPS was used in the military. It was developed by the United States to help the global intelligence in the peak of the Cold War.

The history of GPS dates back in 1960s, with common usage in the 1980s. Nevertheless, the GPS has been available to anyone out there that has a GPS receiver.

We all use the GPS system to track our vehicles. But, not just that! We use it to get the best route to get from point A to point B in the shortest time possible.

When Was The Idea About GPS Born

Today we all have used or at least seen how GPS works, but many of us would think it is a new invention. Is it really like that? Not really!

The history of GPS started first in 1960s, at the height of the Cold War, as an idea for military and intelligence usage.

The main idea about GPS came with the launching of the spacecraft Sputnik, by the Soviet Union back in 1957. That is how the history of GPS or the global positioning system was born.

How Does GPS Work

Surely you have used a GPS before but do you know how exactly it works?
This very used tool today, that sometimes we take for granted, actually works in this somewhat easy way. But, it is not so easy to set it up.

GPS works with the help of a network of satellites that orbit the earth.  They are positioned at fixed points above the planet. Then, they beam down signals on earth to anyone that has a GPS receiver.

The signals sent from the satellites carry a time code as well as geographical data point. Therefore, a user, or someone with a GPS receiver, can pinpoint the precise position as well as the speed and time. And, it can be done anywhere on the earth.

You probably ask yourself, how many satellites are needed?

Well let me tell you that, only five satellites are needed for ships to determine their position at the seas. This can be done once every hour with the help of the satellites that are orbiting the planet.

However, Transit was quickly succeeded. Back in 1967, the Timation satellite demonstrated a highly accurate atomic clocks that can be operated in the space.

History of GPS shows quick development for military purposes. So, between 1978 and 1985  with a total of 11 “Block” satellites being launched, the development of GPS started.

The upgrade of the GPS was delayed by NASA. The reason was their space shuttle SS Challenger which had experienced a disaster in 1986.

Therefore, it was in 1989 that the first Block II satellites were launched. In addition, the United States launched their 24th Navstar satellite into orbit in the summer of 1993.

That completed the modern GPS constellation of satellites. Which consists of a network of 24 satellites officially known today as the Global Positioning System, or GPS.

10 Things to Know About History of GPS was last modified: September 21st, 2018 by Jurica Magoci