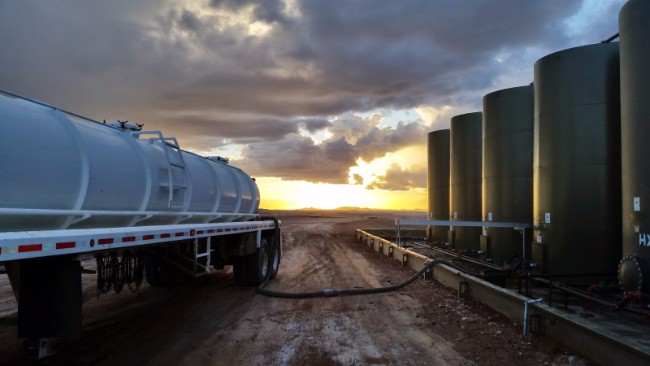 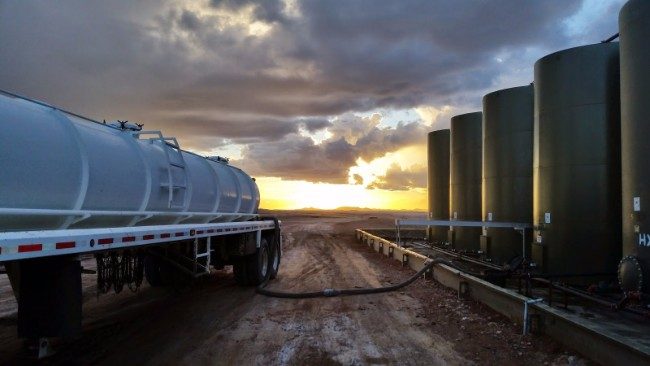 Everyone knows that driving a truck is dangerous but, oil field trucking is even more so! Now you might be saying to yourself, “That isn’t true”, but let me tell you: Well it is!!

Now, here comes the other argument: What about firefighters, hazmat drivers, police officers, ice road truckers and such? I will admit their jobs are dangerous, but not more than oil field trucking!

So, here are a few numbers to support my claim (taken from Forbes). An estimated 41% of ALL fatal work-related deaths were in the transportation industry! By their ranking, trucking is placed 8th, while firefighters and police officers were not even in the top 10.

Well then, what makes oil field trucking jobs even more dangerous? It is largely due to what they are hauling, which is: crude oil, refined fuel, and other gasses, all of which are combustible.

In addition, petroleum products can be very toxic and cause other health related issues. You can read the material safety data sheets to see just how much so!!Here is an example of one.

Of course, there is more to consider than just this. The equipment they are around, the hazardous chemicals, and the extreme environments all combine in ways that a lot of regular truck drivers might not experience.

Oh, sure you’ll be around hazardous cargo, dangerous equipment and of course driving in winter weather, deal with mother nature and all her furry, but unless your hauling toxic waste, the risk is not as great as oil field trucking jobs.

That is a valid question! If you’ve ever read my articles before you know I touch on this. After all, we have agencies to regulate the regulating agencies! We have tons of regulations filling numerous volumes; I won’t bore you with all that. Just know that it is well documented that oil field trucking is a dangerous occupation.

But, it is not just the oil field trucking, actually, anyone working in the Oil, Gas, and Mining (OGM) industry, has a higher risk of injury than most other career fields.

And much like any other industry, they have the standard laundry list of three letter organizations to help oversee and regulate them such as:

Of course, there are others, many even have overlapping jurisdictions. Then on top of that, you can’t forget the local and state agencies! Oh, and while we are on it, there are numerous private organizations that keep a watchful eye on the OGM industry!

But, with all the safety regulations and all the microscopes and even the news media focused on the OGM industry, it is still dangerous work that somebody has to do it! And from those jobs, the most demanding and dangerous is the oil field trucking ones.

How So Come That the Oil Field Trucking is more dangerous Than the Other Jobs?

Well, trucking is tough. I don’t have to tell you that. Oh sure, there are rules stating something like you can only drive ‘x’ amount of hours and all of that. But the reality is not always the same.

I do not endorse or condone any unsafe acts, but I do acknowledge they happen. This can be due to a lack of understanding, lacking obedience, or negligence of hours of service and such.

The trucking industry and all trucking jobs not just oil field trucking is regulated by the Federal Motor Carrier Safety Administration.

FMCSA has a really good guide to help you better understand the hours of service. Actually, you can go to their website and find information on just about anything related to operating a commercial vehicle and truck driving.

Anyway, the oil field trucking has such a high rating, in regards to being dangerous, because of their cargo. If you are hauling a load of ice and fall asleep causing your rig to crash, that has a limited danger potential.

The ice will make the roads dangerous. The turned over truck will cause delays. But nothing long lasting, excluding any injuries caused by the accident, of course.

The truck will be removed and traffic will flow. The ice will melt and evaporate leaving little if any signs it was ever there! But, if an oil tanker truck turned over, besides the above-mentioned issues and related injuries, there is a much deeper concern!

The potential fire and/or explosion that could be caused by the fuel! The pollution that is caused by the draining into the local waterways will have a lasting effect.

No, the oil rigs aren’t like the movie and won’t explode every time there’s a minor incident, but they are flammable and can be dangerous!

A Little Something Else to Consider About Oil Field Trucking

According to the FMCSA rules, oil field trucking has an exception to the driving rules. Waiting time is considered ‘off duty’. This basically states that if they must wait 4 or 5 hours, that time doesn’t count. So they can actually end up with longer days than the regular driver.

Do you know the one thing worse than getting behind the wheel while tired? Before you even start guessing, let me tell you: It’s doing so while being responsible for a vehicle weighing several thousand tons and loaded with a flammable and/or explosive liquid.

To drive the point home a little better let me tell you this too: between 2003 and 2008 there were 650 OGM deaths. Nearly one-third of those were oil field trucking accidents. That figure is much higher than any other industry. But don’t think it is just one person’s fault.

Oil Field Trucking – The Most DANGEROUS Job in the Trucking Industry was last modified: September 21st, 2018 by Jurica Magoci