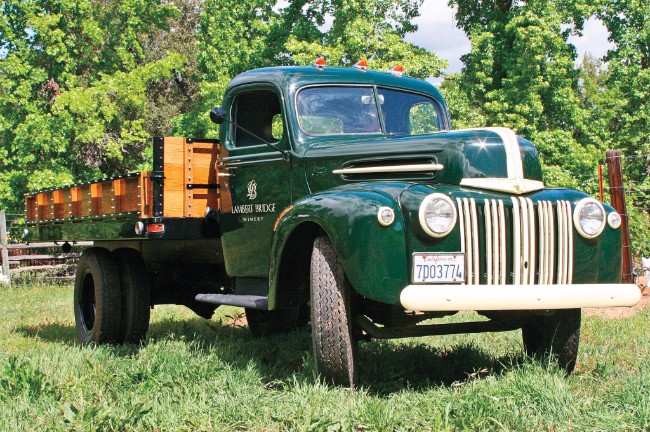 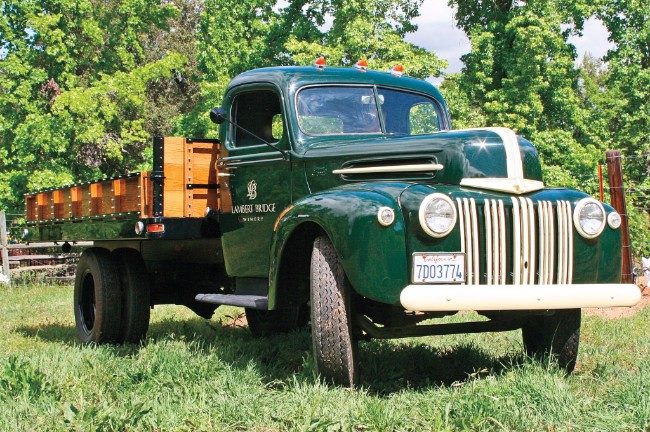 “The Rise of Semi Trailer Trucks” at first sounds as a title of a cheesy horror movie. Or perhaps like the ever popular trucker flicks from the 1970’s, much like the “Rise of the Planet of the Apes”! But, instead of monkeys taking over the world, you have trucks conquering the world!

Just think if ‘Happy Toyz’ (the Green Goblin truck from “Maximum Overdrive”) suddenly came to life and rolled over the world. Much like the “The War Rig” from “Mad Max: Fury Road”. What a sight to see! Who do you think would survive Max or the Bandit?

But, in an odd way that is what happened. As technology advances so does everything else. Some things are a bit slower. Cellphones were advancing quicker in the Asian market than in the American market.

While microwaves and instant meals gained in popularity here but not as quickly in Europe!

The same was for the vehicle. Now of course when gasoline and diesel engines were first being designed they had several issues to contend with. Some of these are obvious and other we might take for granted. But here are a few issues:

Roads: once you left the major cities roads were mostly dirt and often badly rutted from the years of wagon usage.

Fuel: sure they figure out uses for oil in the late 1800’s but refining it was another matter. Petro stations were just a few and far between!

Parts: in the early days’ inventors and designers were building everything by hand. As time passed the designed were mass produced, but there weren’t any Auto Zone, NAPA, or O’Reilly auto parts stores.

But that was all soon to pass with the creation the Department of Motor Vehicles (DMV) or the Department of Revenue depending on your state. Then come driver’s licensing, traffic laws, traffic enforcement, and all the other things that we know and love today.

Well now we truly are putting the cart before the horse, so to speak. Because there was a long history of vehicles and events that lead us up to the point we are today.

Before the invention and mass production of automobiles, we had the horse. In some places, they had the llama, the camel, the elephant, the water buffalo, oxen, mules or some other beast of burden. They were then used to transport whatever was needed to be moved.

Actually, this system was very good at the time. You might not agree when compared to the semi-trailer trucks of today, but it surely beat carrying everything yourself, and they could haul a whole lot more at a time. And haul they did!

They help build everything man had done up to the 20th century (and even still do in many places). They plowed the fields. They dragged the stones for buildings, temples, and pyramids. Moved armies over mountains and then carried them to victory, or aided their retreat as the case might have been.

For thousands of years, they carried the spices of the east to the markets in the west. They helped move families from one nation to another. And without them, America might never have been settled.

After all, they carried the pioneers across the plains from the cities of the east to the gold mines of the west.

Semi-Trailer Trucks: – What’s in a Name?

Semi trailer trucks, the name seems like an odd name to someone who doesn’t know how to speak properly. So what is it?

Well, semi is the actual vehicle itself, the part with the engine and cab. The trailer is just that, a non-motorized vehicle pulled by another one. It is used to carry all the cargo. Together you can call them a semi-trailer trucks.

But really that isn’t as common as many of the other names: semi, semi-truck (semi truck) semi-trailer, tractor trailer, class 8 trucks, big rig, 18-wheeler, and the list goes on! Some are regional some are national. Heck, some terms are only local to the lot where the truck sits!

Then we can dig a little deeper when talking about semi trailer trucks. It can depend on the type of semi. Some call their tractors “cabin over” if it’s a cab over. Some might call the larger trucks “condo’s on wheels” or “mobile mansions”.

Of course, a semi-trailer trucks has a name for both the cabin and the trailer. So obviously the trailer has its own common terms.

Van or box is the common trailer seen on highways for hauling a good majority of the freight.

The other very common trailer is the flatbed (no sides or top). There’s the bull rack, for hauling animals (livestock).

A reefer refers to a refrigerated box/van. When hauling large equipment and doing heavy haul one might use a drop-deck. Tankers are used for liquids, gasses, oil, milk, hazardous cargo and etc. (but hopefully not in the same trailer)!

Of course, this is only a few of the common terms. Here’s a sample of few other used when referring to a semi-trailer trucks. Two trailers are often called doubles if three called triples. Real original I know. But when you see a semi without a trailer you can refer to it as a bobtail.