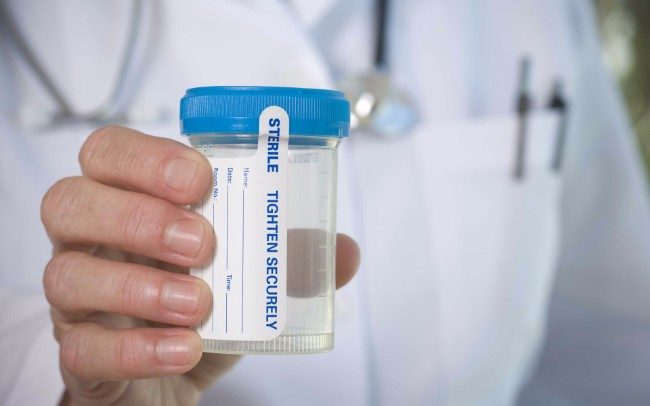 This day and age the DOT drug testing is one of the standard procedures. This is true for anybody that is in the job hunting market or is part of the work force in the trucking industry.

Not that back in the days the DOT drug testing was not required, it’s just that nowadays in the modern world that we live in, it’s very common practice.

There are not too many industries where the drug and alcohol testing are not performed. Heck, even Wal-Mart and Target have it! But the DOT drug testing is a federal requirement and is particularly geared towards the trucking industry!

With that said, all safety-sensitive employees including truck drivers, regardless if they have 15 years truck driver experience under their belt or they are rookies, have to have DOT drug testing on a regular bases.

Now, keep in mind that the DOT drug testing changes and updates very often (if not too often) so it’s important to ensure you are remaining up-to-date.

That way you as a truck driver or as one of the owners of a trucking business don’t get in trouble with the Department of Transportation (DOT).

Just recently I was reading on one of the truck driving forums that back in 2015, Ex-President Obama signed a bill known as the FAST Act transportation bill, issuing new rules and regulations for the transportation industry.

As soon as The Department of Health and Human Services establishes guidelines, the bill will allow for hair follicle testing being a DOT-approved method of drug testing!  But for now the only type of DOT drug testing is urine testing.

And, this is only one of the ever-changing rules and regulations, so you as an employee or an employer should always stay up-to-date and on the right track with the DOT-compliant drug and alcohol testing.

Who is subject to DOT Drug Testing?

As I stated earlier, subject to DOT drug testing is everyone who is considering driving a CMV’s, or its already driving a commercial vehicle.

The Department of Transportation (DOT), has established that all CDL holders who drive CMV’s and are covered under the FMCSA 49 CFR Part 382 regulation,  are subject to DOT drug testing.

Moreover, all new CDL drivers and experienced truck drivers need to go through the DOT drug testing that is done through urine analysis.

They are required to participate in the testing in any time during the pre-employment and employment duration.

The DOT drug testing can be performed random, so don’t be surprised if they knock on your door because it’s your turn!

Now, the thing is that not only CDL drivers but their employers as well are concerned and subject to a DOT drug testing.

Maybe not directly where they are taking urine samples for testing, but indirectly they are! Why I said that?

Well, the employers need to and must to ensure that all their CDL drivers who operate CMV’s go through proper DOT drug testing.

So with other words, all of their drivers including their part-time drivers, that transport 16+ passengers, carry hazardous cargo or drive vehicles that are greater than 26,000 GVWR, need to conduct DOT drug testing.

There is an exception to this rule where CMV’s drivers who operate only on private property that is never open to the public, do not have to be tested.

The Process of DOT Drug Testing

Each and every CDL driver and CMV’s operator is subject to regular as well as random DOT drug testing.

So once you are notified that you’ve been summoned for testing, you need to show up to the place where you are asked to give your urine sample.

If there are some issues with the sample, you might need to provide another sample (under supervision) that is no older than 3 hours.

Then you leave the sample at the testing facility before the process starts.

If from some reason you have to leave the testing site before providing a sample, then you better have some good excuse because that can be considered as a refusal to take the DOT drug testing, and can have some serious consequences on your employment.

So, once you are tested the results from the DOT drug testing will be sent to a medical review officer from the lab.

If you are “clean” then you have nothing to worry about but if not, then they will contact you asking about any possible circumstances for a positive result and then contact your employer.

So be well aware that there is no lay in this thing! Don’t think that you can bring apple juice for a sample!

Few days ago a friend of mine who work in logistics as an HR, was telling me how one of the job candidates that was going through a DOT drug testing brought a urine sample that was not his!

You see, there is a way for them to know that, so don’t try to cheat on your DOT drug testing!

So all of the drug tests come in the form of panels where each panel is a different drug being tested.

You have the 5 panel drug test that screen for 5 drugs, you have the 10 panel test that checks for 10 different drugs, etc.