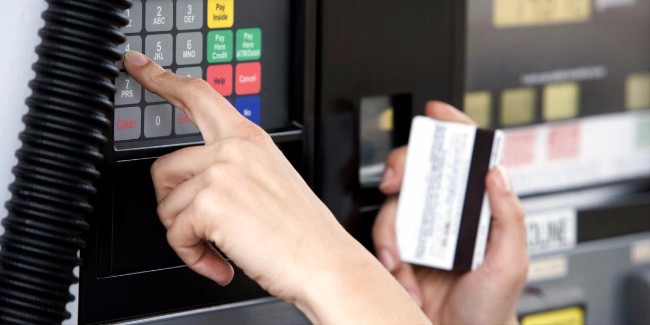 Except the fact that the fleet fuel card can realize significant fuel savings, remarkable and significant fact is that you have choices tailored to the size, location, and fuel type used by your fleet.

Many fleet fuel card suppliers offer all you need and more, but it’s important to wisely and carefully make your decision!

Choosing the perfect fleet fuel card can be harder than you think and can make a huge difference for your business, so here I will try to present you the top 10 fleet fuel card options in the US and hopefully help you get the best deal.

Keep in mind thought, that these fleet fuel card services all cover large areas of the country, so if your fleet is regional /local, you may be able to find a better deal with a smaller fleet fuel card company that operates in that specific area.

Founded in 1875 the Continental Oil and Transportation Company over time become known as ConocoPhillips. They become conglomerate that pursued exploration, production, petrochemicals, refining and retail operations.

Later on, in 2012, when ConocoPhillips spun off its downstream (chemical, retail and marketing) operations under the Phillips 66 name, the company starts filling stations under the Conoco, Phillips66, and 76 brands.

Conoco have two fleet fuel card options available for nearly any size fleets. The annual percentage rate will depend on the applicant’s credit history, but is reasonable and competitive. Regardless of the type of fleet fuel card you choose, Conoco will provide excellent benefits.

They offer their fleet fuel card services to:

Between their two types of fleet fuel card services: the Conoco Fleet Fuel Card and the Conoco Universal Card you can choose the one that suits you best, and with over 7,400 Conoco, Phillips 66 and 76 stations all across the United States, you will have no problem finding a location to fuel.

On the other side the Conoco Universal Card have $2 monthly fee per card, and the card offers a similar tiered rebate structure to the Conoco Fleet card (but capped at 4 cents per gallon purchased over 10,000 gallons).

The good part about having this type of fleet fuel card is the fact that the card is valid at 90% of station brands in the United States. This fact makes this the ideal card for fleets that operate over long distances.

If you visit the Conoco website, there is a station finder that also allows 76 and Phillips 66 stations to be searched, however, there is no trip finder on the web, making it difficult to plan a route based on the filling stations.

They also have iOS and Android apps for your smart device but neither has a trip planner feature. Some third party apps like the WEX Connect or Fuelman can be alternatives, especially for Conoco Universal Card users.

You have the ability to use the Conoco Fleet card at your choice of three brands. This card provides average nationwide coverage, while the Conoco Universal card provides excellent coverage from coast to coast.

More over both cards offer competitive rebates under a generous rebate structure. The sole drawback, mostly for Conoco Fleet customers, is the challenge for finding stations in certain areas.

Conoco provides better-than-average fuels. Rumors have it that they have higher detergent content than Top Tier. Even thought they offer only two cards, that is enough, because the Conoco Fleet card covers local and regional fleets quite well, while nationwide fleets or those often traveling out of reach of a Conoco/Phillips 66/76 station can use the WEX-issued Conoco Universal card an alternative.

CITGO can trace its history all the way back to 1910, together with the Cities Service Company.

They expanded to retail operations, refining, and other operations, and operate today as a subsidiary of Petróleos de Venezuela.

Its filling stations are mostly known to drivers across the eastern United States, but the company also offers fleet fuel card services to business customers, allowing them to leverage significant savings and manage their fuel and other expenses.

Their cards are issued and backed by WEX. The annual percentage rate for their fleet fuel card will depend on the applicant’s credit history and rating.

With a CITGO fleet fuel card you can save money on gas and time on administration, so it’s definitely a good choice and handy!

The Basic CITGO Fleet Card is best fuel cards for small trucking businesses that primarily operate locally. The monthly fee for this card is $10, but you can waive it if your fleet purchases 500 gallons of fuel (or more) per month.

The CITGO Fleet Select card it’s more geared towards medium sized and larger regional fleets and offers all the benefits of the previous one plus some other advantages as well.

The good part about this card is that there is no monthly fee, and you earn per gallon rebates on your monthly fuel purchases. They range from one cent per gallon after 500 gallons, to five cents per gallon for purchases over 10,000 gallons.

Furthermore, this card offers you an enhanced tracking and reporting, as well as enhanced security features.

The CITGO Fleet Universal card is in better use for the large fleets that operate nationwide, and are often beyond the reach of CITGO’s coverage area. This card will have the same terms as the previous card like: no fee and all the advantages and the same rebate structure.

But in addition, with this card, except in one of the 6,000 CITGO stations, all over 27 states and Washington, DC , you can fill gas at any of the thousands WEX network stations that accept this card, giving you access to 90% of filling stations nationwide.