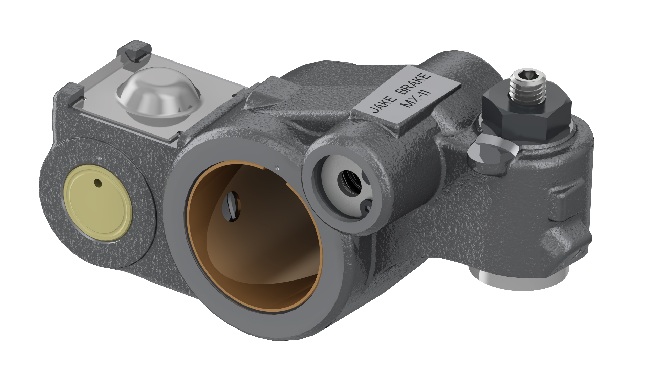 Jake brake or originally known as Jacobs Engine Brake, is engine brake that is a retarder provider and plays a crucial part of slowing and controlling the truck. These brakes are commonly used by heavy duty trucking industry, more precisely most of Class 8 truck drivers have stated that when they are transporting heavy loads; the best and safest way to stop the truck is by using the combination of Jake brake and service brakes.

As the 81st National Historic Mechanical Engineering Landmark the Jake brake represents the best speed controller. The company that has patented this invention is Jacobs Vehicle Systems, at the same time this company is the largest manufacturer of Jake brakes.

In this article I will discuss about all facts and figures of the Jake brake, including the operational process, the rules and regulations that have to be followed, as well as part of Jake brake history.

1. What Is Jake Brake

The Jake brake has been contemplated in the form of a primer value tool for the trucking industry. Therefore the features of this brake have led it to become the first choice of truck drivers in certain situations.

Although the Jake brake is of a primer value to people that are operating in the trucking industry, more precisely-to truck drivers, still this brake is not designed to serve as a substitution for the service brakes.

I would like to explain in few steps what Jake brake is actually, and what is its process of operation. First of all I would like to start with the fact that the Jake brake is not used as a substitution brake, in fact it represents a retarder, that is providing a retarding, that is to say slowing action of truck’s wheels without the need of using the service brakes’ for slowing.

Moreover, the Jake brake is working by the same force that provides power to the truck, that is to say it is using the diesel engine’s power.

Jacobs Manufacturing Company has conducted numerous detailed tests, altogether with market surveys aiming to see the realistic picture- if these brakes were going to be accepted on the market. Their tests and surveys have turned out with positive income.

Henceforth, the early Jake brake back then was promoted by the mechanical engineer Don Cummis, who was at that time also a sales person for the company that was manufacturing the very first Jake brakes. He was promoting this invention by the title of “An Early Jake Brake”.

Besides having gone through a complicated set of manufacturing circumstances the Jake brake has been given a patent by the U.S. Patent and Trademark Office, and their manufacturers have used that wisely.

3. What Is Jake Braking

When a compression release occurs in the braking system it is then that Jake braking takes place. Since the Jake brake is originally hydraulically operated device, which by its process of operation transforms the power-producing diesel engine into a power absorbing retarding mechanism, knocks when the elimination of the compressed air transpires.

I must note that the Jake braking is the most effective when the truck is at the highest engine speed, and only with appropriate gear the Jake brake can obtain its maximum retarding power. Having the best gear can mean everything!

In addition, there is option of low-speed cutoff control to be installed on the vehicles that have mechanical engine controls, with the purpose to deactivate in a easier way the engine brake when at low speeds.

4. How A Jake Brake Works

The Jake brake as a diesel engine retarder is operating with truck’s engine help, that is to say this brake is allowing the truck driver to slow and to control easier the truck thanks to the engine’s exhaust valves. Later-on this brake being a power-absorbing air compressor is enabling truck drivers to maintain a better control of the truck in different weather and road conditions, and all that can be done without the usage of truck’s service brakes.

Henceforth, we can see clearly that the process of work of the Jake brake brings numerous benefits for truck drivers, such as:

Provided that we can see clearly that the process of operation with Jake brake is in general fully automatic. Everything that the truck driver would have to do in order to activate the Jake brake is to:

Moreover, there are some trucks that are using automatic transmissions that is to say – truck drivers can activate the Jake brake in the same way as I have described previously, the only difference can be seen in the deactivation process. The deactivation process of Jake brakes in case of automatic transmission trucks can be performed by pressing the pressure-sensing switch.

In brief this is how the process of operation with the Jake brakes takes place.

Ultimate Guide: Learn All About Jake Brake was last modified: May 4th, 2017 by Jurica Magoci