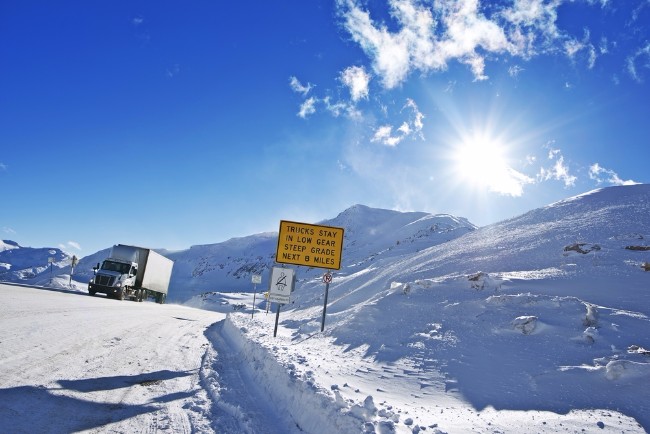 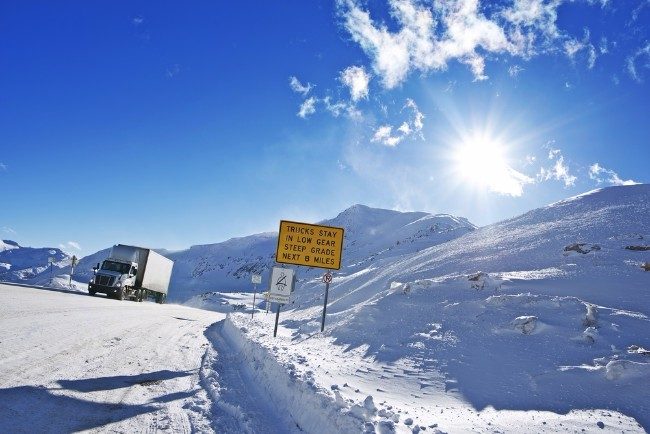 Ice road trucking jobs, what comes to mind when you hear that?

Do you think of the reality trucking TV shows on the History Channel; extreme trucking perhaps!? Do some of the trucking movies come to mind? Is your head filled with adventurous dreams?

Or, are you like me and think about how cold it is! How about the fact you are working out in the middle of nowhere, far from anyone? Or perhaps the reality that often you are driving a multi-multi ton truck on a road that is laid out on top of a frozen lake or bay?

Well, if that thought doesn’t bother you at all, then finding ice road trucking jobs might be the right choice for you!

Actually there are several locations around the world that have regular ice road opened up. Some are just for industry while others are actually public.

Typically the salary for ice road trucking  is better than the usual rate and the regular truck driver salary, and will come with some good bonuses as well!

So, if you are the adventurous type who doesn’t mind the cold and perhaps some time of complete isolation, than finding one of the ice road trucking jobs available out there it is for you!!

But, from what I can tell here are some of the general requirements for ice road trucking jobs:

As an added preference, they often want experienced truck drivers and experience in wintery and/or icy driving.

This can come several ways; find a school that offer training in winter or simulation of such a conditions or take routes that cause you to travel in such areas.

Or if you are willing, move to parts of the country that get more ice and snow. Perhaps there are other ways as well.

Before taking any ice road trucking jobs ensure the company is sound. You want one with a good safety rating, insurance (both health and liability), and one that knows what they are doing. You don’t want to end up alone in court, or even worse at the bottom of lake!!!

Well we covered a few basic requirements and such. I want to touch on winter weather driving tips as well, but before I do, let’s take a quick look at 10 places to find ice road trucking jobs.

Ok, so the chances of you getting a job there are pretty slim, but the reality is that they have the longest ice road, so landing one of the ice road trucking jobs there would be very rewarding.

We are talking about the South Pole Traverse (also called the McMurdo-South Pole highway). It is approximately 870 miles (1,400 kilometers) long and links the coastal station of Amundsen–Scott South Pole Station to the United States’ McMurdo Station. Though there are several other ice roads there as well.

This is where most people think of when they think about ice road trucking jobs.

As a matter of fact some of the world’s first true ice roads were built there. This was in the 1930’s to haul loads from the mines.

Often the loads were too heavy for the airplanes of the day and the ground was just too mushy to create permanent winter roads. So some engineers designed a way to carve roads across the ice and the rest is ice road history.

Most people might think about China when looking into ice road trucking jobs. But a good part of the country is pretty far north, bordering Russia. So they built ways to link the two in order to maintain the transports of good and service between the two.

Believe it or not they have several rivers, such as the Amur River and Ussuri River that are frozen solid often as early as October!  Several of the communities in that region experience constant temperatures as low as −4 and −13 Fahrenheit (−20 and −25 °Celsius). It doesn’t matter where you’re from, that is cold!!!

A little county off the Baltic Sea that borders Russia, Lithuania, and Belarus has times where they make use of the ice roads.

If you want to find ice road trucking jobs you might consider them, but be aware it might not be as steady as of the others.

The Estonian Road Administration regulates the ice roads for thickness. They must be no less than 8.7 inches (22 centimeters) thick for the entire route. In 2009 they held Europe’s record for the longest ice road at 16.5 miles (26.5 kilometers).

Now when it comes to ice road trucking jobs, Finland probably makes better sense. After all they are pretty far north. But even they have the Finnish Transport Agency to oversee all their ice roads.